The old view of the organization is something close to the old concept of a medieval city, where citizenship was defined by inhabiting and dwelling within an area defined by the walls of the castle. The new view of the organization is similar to the concept of a modern city, where citizenship is defined by moving around a network of communications (in multiple directions with multiple connections) with very permeable borders, if any. Nodes in this network are both destination and point of departure at the same time.

Having acknowledged that the hierarchical organization with its functional silos (which can be visible in companies of 5,000, 500 or 50 employees) had a bit of a problem in cross-communication, but not willing to kill the power silos altogether, the invention of the matrix as a cross-functional way of working was inevitable. It became a language key (we have a matrix system) and a clever hierarchical plot (I have two bosses: one local the other global). And the matrix became a very, very large petri dish for team meetings.

It was invented as a way to force people out of their dwellings to work together with other people (who were also forced out of their own dwellings). It sometimes seemed that the conversation between them was just temporary and just long enough for somebody to look at his watch and exclaim: “Oh, my God, so late already! I need to get back, bye!” And back to their boxes they went…

Let me make a blunt statement. We don’t need more team players. We need riders and navigators. Big time! Riders of the network navigate through connections inside and outside the organization. They lead from their own connectivity and ability to imagine their world as a vast space, mostly undiscovered. They are relationship builders, not team builders. They may not have a problem with teams and may even belong to some. But they tend to regard teams as the new silos.

Riders have meetings as well: 365/24/7 meetings. They are ‘meeting up’ all the time. It is their very ‘raison d’être’. Riders want networkracy, not teamocracy. These new leaders will take the organization to territories where ‘the answers’ might be found and will do so via relationships, not through processes and systems. They are socially intelligent: a rare characteristic, often invisible in many layers of management or even in top leadership.

This is how you advertise for Riders:

-We’ve done the team stuff. We have lots of them and they operate quite acceptably, thank you.

-Before we implemented the matrix, we had seven divisions and seven silos. After implementing the matrix and creating the multidisciplinary team structure, we have seven non-silo divisions and 35 new team silos. We never solve the problems here; we just trade off between them.

-We are looking for (socially intelligent) people able to establish a web of both internal and external relationships. Management has promised to keep a relatively low profile and let them roam relatively freely.

-We acknowledge that, from time to time, we will have the temptation to declare some of them ‘a team’, but we promise we will refrain.

-We are looking for people who can demonstrate they can build relationships.

-We have a special interest in people who founded a club at 11, created a football team at 17 and put together a bunch of friends to explore the Amazon at 21. Or something like that.

Can we MRI the company & diagnose its health in terms of internal connectivity, communication and collaboration? YES we can. Join Leandro and his team for our next webinar on 2nd July – learn how 3CXcan provides this analysis using the highest scientific principles of network sciences. Register now! [1]

In the current environment it’s important to base the recovery and the post Covid-19 organization on a full understanding of its formal and informal connections, communication channels and internal collaboration. Suspend judgement about your assumptions and find the truth. This webinar will show real examples of this kind of diagnosis performed in real companies. Understanding the real organization, which may or may not be the one you assume it is, will show a completely new baseline upon which to navigate the future. Join us! [1] 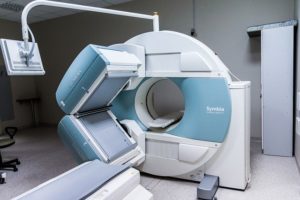 Each participant who attends any of the live webinars of the Feed Forward series will be eligible for one copy of Leandro Herrero’s new book: The Flipping Point [2].  Read a recent review [3].