Accustomed as we are to creating plans to succeed on something, this may sound counterintuitive. Creating (serious) plans for failure is a much stronger source of creativity. The key question is simply, ’how can we make this fail, big time?’.

It’s not a joke, or a light exercise. It is actually very useful.

Over the years, I have used this technique to keep leadership teams thinking. Divided the team into two groups, one is tasked with creating a (high level) plan to succeed. The other is tasked with the opposite, an incredibly good plan to fail.

Inverting the question, from ‘what is the best way to achieve those results?’, to ‘what would it take to screw up completely?’ should be standard practice of any planning.

I promise. It works. 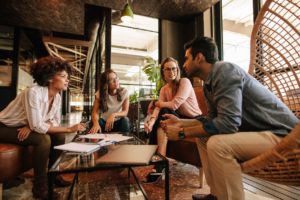 Our first two webinars from this series are now available to watch on demand:

‘A Better Way to… [1]design your organizational structures to create a Remarkable Organization for the future.’

‘A Better Way to [1]…create sustainable large scale behavioural and cultural change across your organization.’